Welcome Center / Eatonton-Putnam Chamber of Commerce
Stop in for Eatonton information and guides for the Historic Eatonton Walking Tour.

Start your day with poet and Pulitzer Prize winning author Alice Walker. Alice was born in Eatonton to sharecropper parents Minnie Tallulah Grant Walker and Willie Lee Walker. Walker has published a number of highly acclaimed literary works including The Color Purple which was published in 1982 and won the Pulitzer Prize in Fiction in 1983. A large amount of the important sites linked to Walker’s childhood can be located on Ward Chapel Road in Putnam County. 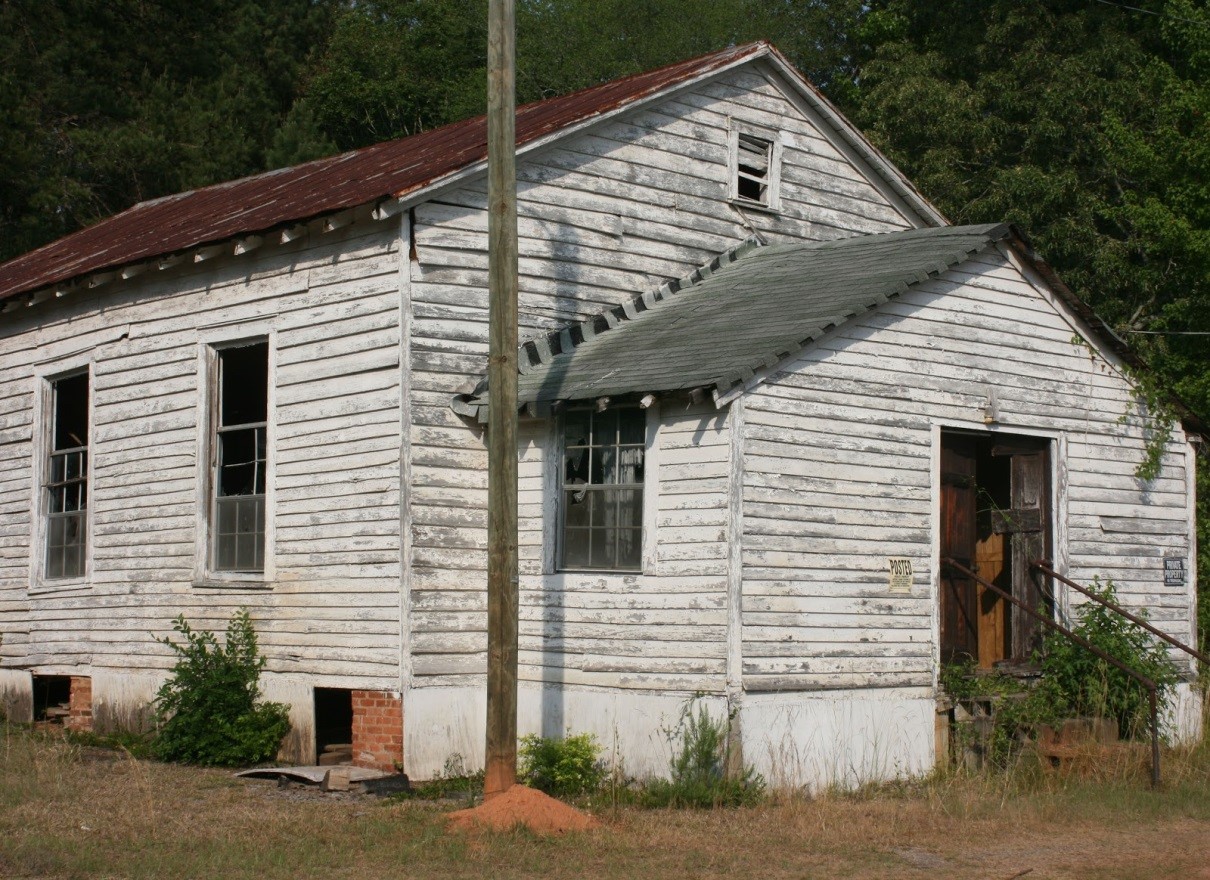 Alice Walker Driving Tour
The first stop on Wards Chapel Road is the Wards Chapel A.M.E. Church. This church has been in existence since the late 1880’s and was the place of Alice’s baptism. At this church Alice’s strong faith began to grow, giving her a great sense of security and community.

Across the road is the Ward Chapel cemetery where the Walker family is buried, including her parents as well as siblings and people who most influenced her work and life. Less than a mile down the road is a Walker family home site where Alice spent much of her youth. Her work and life have been shaped by the childhood memories she took away from here.

The fourth stop is Alice’s birthplace in 1944. Alice was the youngest of eight children. Today a tree and historical marker commemorate the place where the house once stood.

The final stop is Grant Plantation, Alice’s mother was born here and in In Search of Our Mothers’ Gardens, her daughter described her as a “large, soft, loving-eyed woman.”

Turnwold Plantation
Continue on Wards Chapel Road until New Phoenix, turning right, then right again on Old Phoenix heading back towards Lake Oconee. Here you will pass Turnwold Plantation. Turnwold is where Joel Chandler Harris began an apprenticeship with Joseph Addison Turner in 1862. Here he cultivated his talent for writing and encountered the African folktales which later provided the material for his works Uncle Remus, Br’er Rabbit, Br’er Fox and the Briarpatch tales.

Take time to walk through the Georgia Writers Museum located in the courthouse square of downtown Eatonton, Georgia. The Museum focuses on the lives and works of the 3 most prominent local authors: Alice Walker, Joel Chandler Harris, and Flannery O’Conner. The museum often holds events such as writing classes or book signings. Check the community calendar to see if one corresponds with your stay. Open Fridays and Saturdays.

Lunch at The Frisk Pub in Downtown Eatonton
Head to The Frisk for some delicious pub food. Find street parking in front of the building or in the parking lot behind. Here you can enjoy a lunch of burgers, sandwiches, or wings (open Monday-Saturday for lunch and dinner). Uncle Remus Museum
The next stop for the heritage of Joel Chandler Harris is the Uncle Remus Museum located three blocks south of the courthouse in downtown Eatonton. The museum consists of a log cabin constructed from three slave cabins of Putnam County and is similar to the ones occupied by Uncle Remus.

Flannery O’Conor, Milledgeville
Upon completion of hear the adventures of the mischievous little rabbit and enjoying a delicious lunch, travel south on Highway 441 towards Milledgeville to visit the picturesque farm where author Flannery O’Conner lived from 1951 until her death in 1964. Flannery O’Conner’s publications include Wise Blood, A Good Man Is Hard to Find and The Violent Bear It Away.

Andalusia is a 554 acre estate composed of gently rolling hills divided into a farm complex, hayfields, pasture, ponds, creeks, wetlands and forests. O’Conner often commented about Andalusia in her letters and described with great humor and affection the operation of this dairy farm managed by her mother.

Accommodations in the Briar Patch are as diverse as the community itself. Whether you are looking for a rustic river cabin, or an upscale lakeside resort hotel, Putnam County has something for everyone. Hotels Rental Homes Campgrounds

Shopping is an excellent way to enjoy Eatonton and the Lake area. Something will be sure to strike your fancy as shops offer unique gifts, antiques and collectables. DOWNTOWN With family owned antique stores and boutiques around every corner of the square, downtown Eatonton has something to offer every shopper. Frilly Frocks has unique finds […]

Putnam County is a wonderland for architecture buffs, sports enthusiasts, adventure seekers, antique collectors, and luxury lovers. Eatonton is brimming full with Antebellum structures, mom and pop shops, local eateries, and the sweetest tea in the South. The county itself is surrounded by 2 lakes and a National forest. Beaches, hiking trails, water sport rentals […]